Irish dance isn't just for the Irish!  At the Heritage Irish Dance Company, classes are open to boys and girls aged 2 and a half and up and are a great way for them to be active, challenge their minds and bodies and make new friends!   Irish dance classes at the Heritage Irish Dance Company will teach your child self-confidence, stage presence, coordination, discipline and time management.

Once proficient in the basics of solo Irish step dancing, your child will be encouraged to take part in ceili classes as well.   Ceili (pronounced kay-lee, an Irish word meaning group dance) dancing is a great way for your child to learn and understand the importance of teamwork.

While we strongly encourage our dancers to compete in local, regional and international competitions, we always have room in our classes for those who choose not to.   We also encourage more advanced dancers to learn choreography for performances.  At the Heritage Irish Dance Company your intermediate or advanced dancer will also have the benefit of learning from guest teachers from other disciplines to help improve and enhance their Irish dance technique.

Irish dance is our passion at the Heritage Irish Dance Company!  With a strong emphasis on traditional technique, fitness and flexibility, your dancer will not only learn how to Irish dance, he or she will learn the importance of hard work and tenacity.

OUR NAME AND LOGO 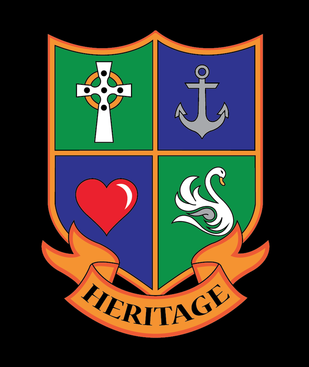 Irish dance isn't just for the Irish and your teachers at Heritage Irish Dance Company come from various backgrounds too!  The one thing we all have in common though is our love of Irish dance and culture and that is what we "inherited" from our teacher, the great Peter Smith.  Peter taught us more than just how to Irish dance... he taught us that we could be a family even without actually being related!  And that is how we view the dancers in our school - as part of our extended family.

Many years ago, Peter Smith (our teacher, mentor and friend) taught his students a figure choreography called “The Heritage” that won multiple championships.  The teachers of the Heritage Irish Dance Company, all performed or competed in "The Heritage" during their time as students in Peter Smith's classes.  In “The Heritage” choreography, the dancers formed shapes that represented three pillars of Irish culture: the anchor which represented hope, the heart which represented chairty, and the Celtic cross which represented faith.  Our new school logo will incorporate these three symbols along with another special symbol – the swan.  The swan was special to Peter Smith's dancers.  His school logo was based on the Legend of the Children of Lir and consisted of 4 swans.  We chose to include the swan in the Heritage Irish Dance Company's logo to pay homage to our beloved teacher who is no longer with us. 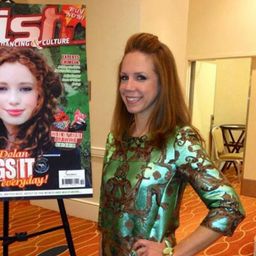 At the young age of three and a half, Amy took her first Irish dance class with Peter Smith.
In the beginning she showed no exceptional talent. With Peter’s encouragement and instruction, however, and her own dogged determination to succeed, Amy made her way up the competitive ladder.  It was only after nine years of training did she win her first Mid-Atlantic Oireachtas in 1991.  Amy went on to win six more Mid-Atlantic titles and four North American  Championships. In 1999, Amy won both the All-Ireland and World Championships in the Ladies Under 21 category.  She also won the  All-Ireland Ladies Over 21 Championship in 2001. Amy has had the honor of training with the world’s best teachers including Peter Smith, Marie Duffy and Mona Roddy Lennon.  Amy passed her teacher’s (TCRG) exam in 2001 and opened up a class for Peter Smith soon after. In 2009, she passed her adjudicator’s (ADCRG) exam and now enjoys judging dance competitions across the country.  In July of 2017, Amy fulfilled her dream of opening The Heritage Irish Dance Company Studio in Green Brook, New Jersey.  As teacher of the Green Brook, Chatham and Martinsville classes, Amy hopes to instill her passion for Irish dance in every student.
Following performances at Radio City Music Hall, NJPAC and Garden State Arts Center, she was selected as principal dancer for the annual show, “A Great Night for the Irish,” with Frank Patterson at Carnegie Hall.  Amy danced in “Riverdance, The Show” on the Broadway production (1999 – 2001) while she finished her Bachelor of Arts degree at Drew University and also on the 2002-2003 North American tour.   Amy  thanks her parents and her Nana and Poppy for fostering her passion for Irish dance and her dance teachers for their inspiration, especially Peter and Mona.

James "Jimmy" Friel began his career in Irish Dancing at the age of 10 with the Peter Smith School.  He competed in many Feisanna (dance competitions) throughout the United States and Canada and had the honor of winning the prestigious “Peter Mc Niff Memorial Belt”.
After successfully passing his Teacher’s exam (TCRG), in 1971, he and his wife, Pat, opened the Friel School of Irish Dancing, which they ran successfully for fifteen years, and many of their students went on to win Regional, National and World  medals.  James went on to become an Adjudicator, which allowed him to travel throughout the United States, Canada, and Europe judging International Dance Competitions and fostering many lasting relationships. Many of his former students have also followed in his footsteps and have become Teachers/Adjudicators.
In 2000, he returned to teaching by joining his mentor, Peter J. Smith.  He resides in Wall, New Jersey, with his wife, Pat, and is the father of Ryan and Marianne Friel. 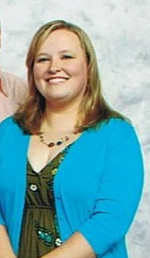 Terri started dancing at 8 years old at the Brigid Behan School of Irish Dance. Brigid was a former Peter Smith dancer, and under Brigid's guidance Terri progressed through the competitive ranks and qualified for her first world championships.  When Brigid decided to give up her dancing school, Terri began dancing for Peter Smith.  Under Peter's tutelage she became a consistent top ten Mid-Atlantic Oireachtas placer and world qualifier.  During her competitive career she had the privilege to compete in both solo and ceili championships at the North American, All Ireland, and World Championships, bringing home many recall and placement medals. Terri also performed at many prestigious venues, including Radio city Music Hall, Carnegie Hall, and the New Jersey Performing Arts Center.
Terri became an assistant teacher under Peter Smith at 16 years old and it was then that she truly discovered her love of teaching Irish dance.  She loved working with Peter and seeing the young students achieving their goals and learning new things.  In 2004, Terri became certified as a TCRG with An Coimisiun Le Rinci Gaelacha.
She completed her Bachelor's Degree in Special Education at The College of New Jersey in 2003 and has been a teacher in the Matawan Aberdeen Regional School District since her college graduation.
She thanks her mother for fostering her love of Irish dance and traveling the world with her to competitions and events, and all of her dance teachers for inspiring her to share her love of Irish dance with her students. 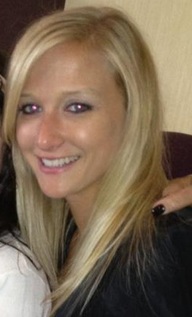 Brianna Kostecka began dancing for the Peter Smith School at the age of five. Her mother took her to Irish Dancing thinking it would be a hobby for her to display at family parties. Little did she know, her daughter would develop a passion for Irish Dancing that would bring her through a seventeen-year competitive career and shape the woman she is today. After many ups and downs in her early competition years, Brianna eventually became a consistent top-ten Mid Atlantic Oireachtas placer and World qualifier. She placed in the top 15 at the North American Championships and was a multi-time recaller at the All Ireland and World Championships. Brianna was part of the two-time Senior Ladies Ceili Oireachtas Champion team that also went on to place in the top three at the North American Championships and medal at the World Championships. Brianna also performed in shows at many prestigious venues like Carnegie Hall and the New Jersey Performing Arts Center. At the age of 22, after graduating from Loyola College in Maryland, Brianna hung up her competitive shoes to pursue her law degree. She graduated from Seton Hall University School of Law in May 2010 and subsequently passed the New Jersey and New York bar exams.  She is now an associate at the firm of Drinker Biddle & Reath LLP in their Florham Park, New Jersey Office.
In 2011, Brianna became a TCRG and now helps teach with the other amazing teachers at the Heritage Irish Dance Company. Lawyer by day, dance teacher by night. Although she was fortunate enough to reach many goals throughout her competitive career, the best parts about Irish Dancing then and now are the people she has met throughout the world, the friends who have become like family, and all of the fun that has come along the way. Brianna hopes to instill her love of Irish Dancing in every student of the Heritage Irish Dance Company. 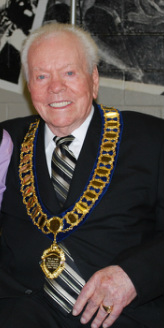 Our beloved teacher and friend, Peter J Smith, ADCRG passed away December 28th, 2013.  Peter was a huge icon in the world of Irish Dancing who influenced so many people in such a positive way. He was an amazing man who had an amazing life who left an amazing legacy to so many people. A TRUE LEGEND who will be sorely missed by all who knew him.

A little bit about Peter... Born in Glen Ridge, New Jersey as one of nine children, Peter Smith first learned to Irish dance from his sister Peggy.  After furthering his dance education with Cyril McNiff in New York City, in 1957, he opened his own Irish Dance School with the help of his sister Anne.  Along with five other teachers, in 1967, Peter Smith founded the North American Irish Dance Teachers Association, the ever growing parent organization of Irish dance teachers across America, Canada and now Mexico.

Peter Smith served as the elected President of the Irish Dance Teachers Association of North America (I.D.T.A.N.A.). He was President Emeritus of An Coimisiún le Rincí Gaelacha (Irish Dance Teachers' Commission) in Dublin, Ireland. Before acheiving that honor, he served as Vice President since 1983. He was named a Fellow by An Comisiun, an honor he shared with the well-known dancer and entrepreneur, Michael Flatley. Mr. Smith was also a certified examiner for An Coimisiún, evaluating candidates who apply for certification as teachers and judges.

In his 60 years plus of teaching Irish Dance, Peter Smith trained thousands of children and young adults, including all the teachers here at Heritage Irish Dance Company.  Several of Peter Smith's dancers went on to win multiple World, All Ireland, North American and Regional Championship titles.  In the tradition of those who have come before us, Peter encouraged all his senior dancers to take the rigorous teacher's (T.C.R.G.) and adjudicator's (A.D.C.R.G.) exams, and now, many years later as former students of Peter, we too have established our own Irish Dance School.
Proudly powered by Weebly